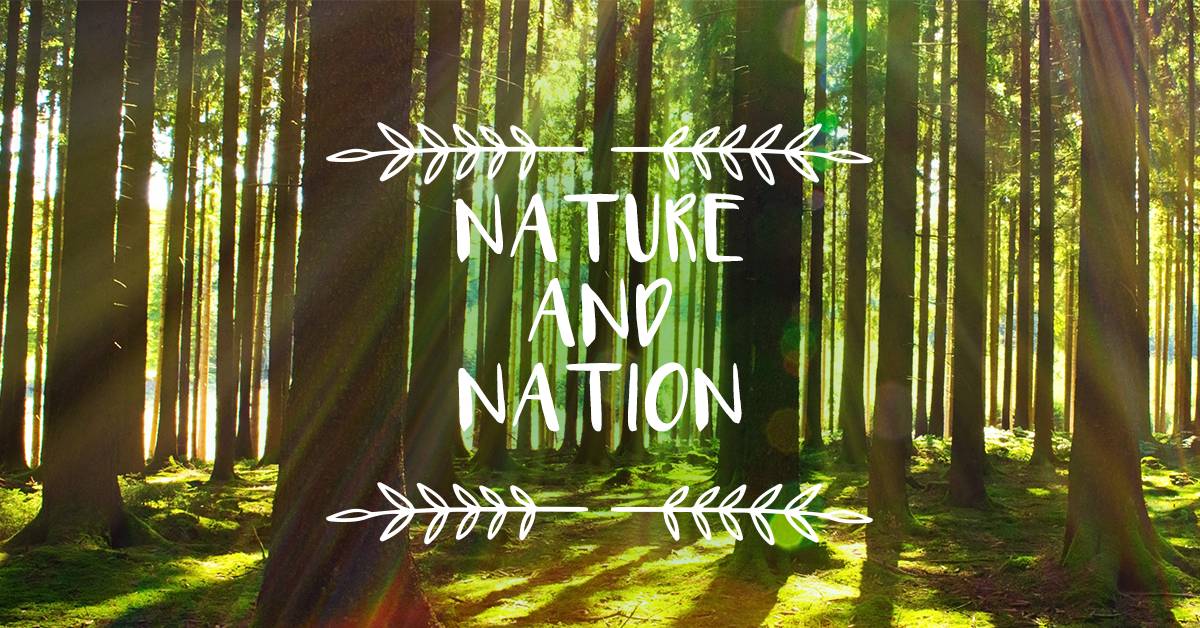 The relationship between ‘nature’ and ‘nation’ is an intricate and historical one. In this essay, ‘nation’ or ‘nation state’ is taken to mean a country represented by a sovereign government. Nation states have historically exploited nature to meet the needs of the time. This relationship dates back to the Greek and Roman era during which governance thrived on the exploitation of natural resources for agriculture, wars, housing, and sustenance. Naturally, people became biased towards those aspects of nature that rendered most benefit to them. This included selective monoculture, favouritism in conservation, and even habitat preferences. Today, these biases have scaled up and become even more complex. Today, human interests vary from agriculture and energy to arms and nuclear power – and nation states have had a major role to play in stimulating this rise. In this essay, I intend to highlight the different ways through which the state exercises authority over nature to meet both private and public interests. There are two key reasons why governments intervene in nature – economic growth and political stability – both of which are correlated.

The primary motive of any natural intervention is to secure and maintain livelihoods. Historically, the Greco-Romans intervened in the environment to promote agriculture, to secure supplies for war and security, and to obtain fuelwood (Hughes, 2014). After the invention of agriculture, populations began to concentrate in cities where food products were cheaper. During this time, early civilisations witnessed an increase in population growth as well. Consequently, this strained existing agricultural lands, and more forests were cleared for agriculture. This became a cyclical process until soils began to erode and land conditions worsened. Many other early empires experienced a similar occurrence, and thus the conquest for more and better forests began. As a result, wars were fought with ships made of timber and arms made of wood. This only worsened the situation, with countries depleting the forests even further. The motivation for this act was only to achieve more of everything. From a modern perspective, since the 19th century, populations have accelerated and consumption has multiplied like never before (McNeill, 2016).

Since we live on a planet with limited resources, countries tend to secure their interests to ensure the survival and sustenance of their people. Thus anthropogenic reliance on energy, water, and food has necessitated governments to introduce programmes that can uphold current rates of consumption. Many nation states have used programmes such as the Great Leap Forward in China, mines’ allocations in Germany and the United Kingdom, Chinese foreign aid in Sub-Saharan Africa, and so on, as means to improve economic development and meet the accelerating consumption standards. Sometimes, nation states have even used battles to further their natural resource interests. For instance, oil wars in the Gulf, and the Peloponnesian war (circa 400 BC) have had economic motivations for governments. Thus over time, many strategic alliances between countries have been made and wars fought over oil, coal, water, land and mineral interests. Sometimes these conquests were against other humans and nation states (especially in cases of war), but they were also waged against other weaker sections of society, often within a nation state. This raises the questions: Whose interests were being met? Were nation states truly improving the welfare of all the people?

Even though the answer to these questions is complicated, one can conclude that nation states were not always interested in universal welfare. There were private interests of people, communities, and corporations that influenced state intervention. Ever since 61 C.E (c.), the Roman elite introduced unfair tax systems to benefit large landowners and oligarchs. Hughes (2014: 224) highlights this issue in his book, ‘Environmental Problems of the Greeks and Romans’-

“The economy of the ancient world was organised primarily to benefit the upper strata of the society…the rich, than the poor, the masters than slaves.”

More recently, Cushman (2013) opens up about the guano industry of Peru in his book, ‘Guano and the Opening of the Pacific World’. He argues that the setting up of CAG (a government enterprise responsible for producing guano-based fertilisers) surely benefited the economy significantly, but its policies were designed to fulfil the interests of influential families and agricultural lobbyists of Peru. As he claims, many of these lobbyists influenced the government to reorient Peru’s forest ecology and marginalised small farmers and fishermen, to enhance Guano production in the region. Similarly, Kosek (2006: 223) elucidates how, in the US, the Forest Service of the federal government culturally marginalised the Hispanos and barred their primary economic activities in favour of the whites. By creating a symbolic policy that dismissed felling and grazing as the Hispanics’ occupation, the government and its institutions obliquely criminalised their community. This further had economic and socio-political consequences, wherein people’s lands were snatched and given to larger business owners (mostly whites).

It is therefore evident that nation states often function as intermediaries who manage the concerns of specific interest groups, usually the well-heeled and networked. This reveals a bigger picture about nation states and their interest in nature: even though major interventions in nature might appear to be in the interests of the general public, they mostly cater to the benefits of particular interest groups. Arguably, governments tend to marginalise certain groups for two critical reasons: either they engage in lobbying (especially in areas where institutions are worse), or their policies indirectly affect smaller and weaker sections of society, often destroying livelihoods in the process.

It could also be argued that nation-states’ true interests lie in political stability (and/or political dominance) which is only possible when a balance between both private and public interests is met. For instance, the Peruvian economy would not have thrived after its ecological depression in 1925 or during the Great Depression of 1929 if the CAG was not given a license to organise its own police against the fishermen and adopt a totalitarian approach to capture Peru’s geographical resources (Cushman, 2013: 188-189). Hence, the ruling government party counted on CAG’s success for its own survival. Potentially, nation states can have other political motives, such as symbolic power, economic leverage, knowledge endowment, and/or technological advantage. Nonetheless, the actors who benefit from government intervention and those who suffer remain largely similar across nations.

For instance, in the case of the guano industry, the actors were the CAG, the plantation owners and the Peruvian government; those who suffered the most were the fishermen, labourers working for CAG, birds, and the marine biodiversity. On the other hand, the Germans considered a remodelling of their water channels as a measure of structural reform, and thus, political advantage. This was for two reasons. the Germans recognised the need for reforming their water channels at an early stage, as this reform would give them a strategic advantage over other countries. The second reason for this remodelling, however, was in their admiration for knowledge and information. Indeed, “achieving that mastery depended on modern forms of knowledge: maps, charts, inventories, scientific theory, the expertise of hydraulic engineers. It was also a measure of political power. These transformations were sometimes overtly violent. Fenland fishing communities resisted their displacement; so did the small boatmen driven off the river by steamships. They were met with military force.” (Blackbourn, 2006: 5-6)

In this case, even though the Germans intended to improve the state of public facilities and water access, some communities paid a greater cost for it. Again, these were the economically and socially disadvantaged communities. A similar case for this was that of East India Company’s plantations in India. Not only did they value ecological knowledge, but they also wanted to derive technological and economic advantages from it. An early entry to study India’s tropical forests through the Roxburgh Priestley Site environmental programme in 1776, followed by the forestry service reflected Britain’s interests to know about the world’s ecology (Grove, 1997). Concurrently, their hidden motives at the time pertained to economic and political dominance over resource-rich countries. Political dominance is not a new concept. Historically too, the Romans debarred agricultural Africa’s slaves from engaging in many social activities. Moreover, for ancient societies, access to nature was a sign of symbolic political power. For instance, entertainment in the 3rd century BC was dominated by the politically connected elite. Therefore, the Colosseum symbolised power for Rome’s ruling class over people and animals.

To conclude, nation states exploited nature primarily to meet increasing consumption needs of their people. Practically, however, interests have been biased towards the political, social, and economic elite. This has led to a zero sum game in which the marginalised have disproportionately lost in the process. Moving forward, nation states will need to make systemic reforms to alter the incentive ecosystem guiding natural resource exploitation.

Blackbourn, D., 2006. The Conquest of Nature: Water. Landscape, and the Making of Modern Germany, London.