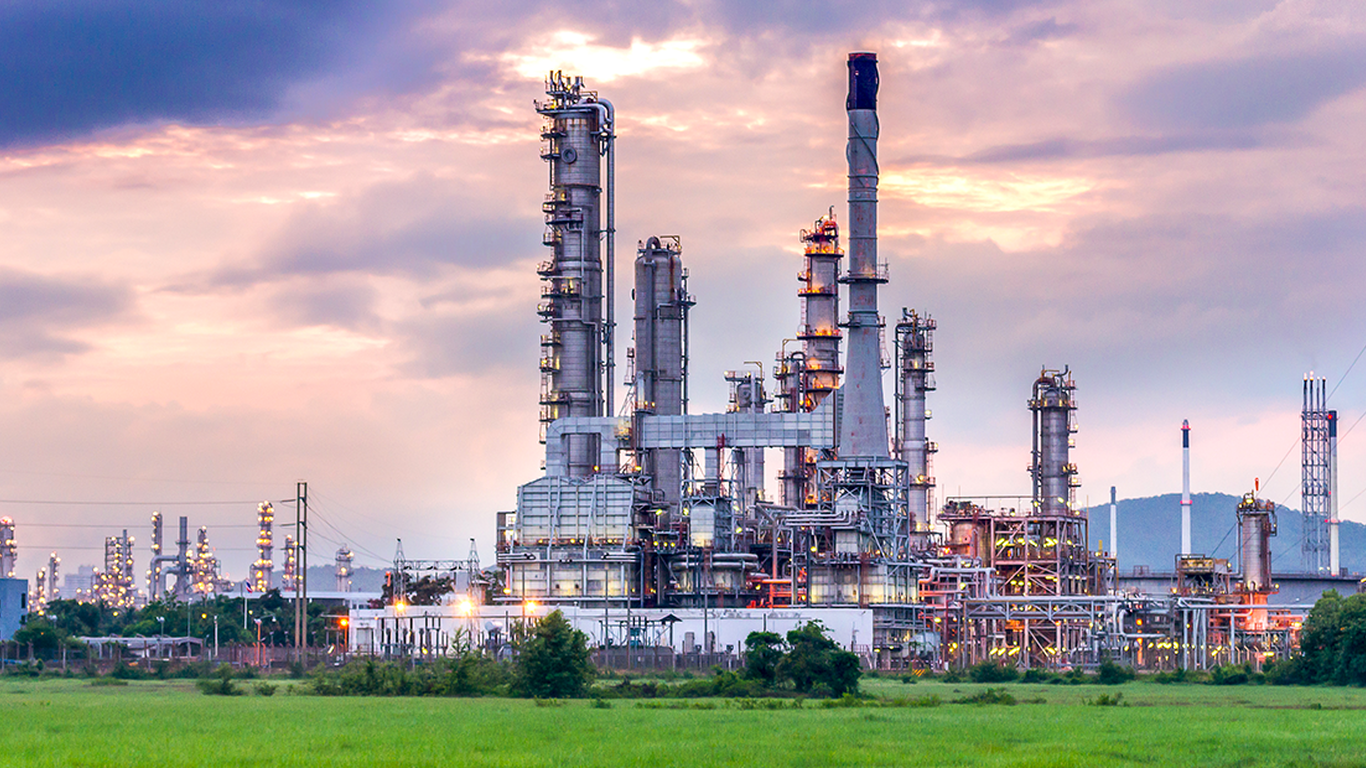 Ignoring the Environment: A Recipe for Disaster

A Critical Reading of the Draft EIA, 2020

Amidst a global pandemic where the cry is to connect with nature, the Indian government for one seems to be moving further away. A move, that is the Draft Environment Impact Assessment (EIA), 2020, has been termed by many as regressive, and cannot and must not be overlooked in the name of ‘development’. Several environmental groups and action forces have come out and voiced their dissent and the question being asked is, While India wishes to be a major player in the world economy, is disrupting the ecological balance and crippling indigenous lives a cost this nation is willing to pay?

What is the EIA?

Environment Impact Assessment is a process under the Environment (Protection) Act, 1986, which prevents industrial and infrastructural projects from being approved without proper oversight. That is, this process ensures that no project goes through without obtaining prior environmental clearance. EIA covers projects such as mining of coal or other minerals, infrastructure development, thermal, nuclear and hydropower projects, real estate and any other major industrial project. The projects are assessed based on their potential impact on the environment. Based on the assessments, they are granted or denied environmental clearance by a panel of experts. The EIA report, once completed, is sent to for public consultation. Development, which is a rare point on which one and all seem to agree, is still recognised to go hand in hand with the environment, the one inevitable community which affects us all. This act was envisioned to safeguard the same. However, EIA, 2020 seems to disagree, and wishes to alter our perception towards the environment, inevitably bringing upon ourselves irreversible consequences.

The notification is set to replace the existing 2006 EIA, altering 12 of its clauses. Any project requiring environmental clearance, first needs to undergo a thorough screening and scoping process by the regulatory authorities and, thereafter a draft EIA Report is sent for public consultation. The existing 2006 law had categorised projects into Categories A and B, further all the projects in Category A had to undergo the process of EIA. However, category B projects were further classified into B1 and B2 by the regulatory authority on the basis of their scope and potential impact. Only the projects falling under B2 category were exempted from the EIA process. However, under Clause 26 of the 2020 notification, 40 different types of industries will be automatically exempted from the need of Prior Environmental Clearance. Therefore, for a large number of projects the EIA shall stand redundant. A non-exhaustive list of this will include:

Other than the obvious objection to such highly hazardous industries and huge projects impacting millions being exempted from the process, one question that arises is: what does the ill-defined sentence ‘involving other strategic considerations’ mean? Does the government here seem to imply that all projects do not undergo strategic planning? One is begged to ask what constitutes the above provision on top of all that has already been exempted. Seemingly a tactic, which leaves the government with space to manoeuvre and include any project on its whims and fancies. EIA, 2020 also allows several red and orange toxic industries to operate as close as 0-5 km from a Protected Area – a move that highly risks the protection of the diversity of the country’s forests and sources of water. According to critics and environmentalists, the radius chosen is arbitrary and too small, and suitable scientific methods must be adopted to determine the appropriate distance from a Protected Area. The frequency of reporting requirement has been slackened from 6 months to 1 year in critical sectors such as that of mining. This allows for more leeway and dilution of details, and the monitoring mechanism requires the compliance report to be filed by the project proponents themselves. At the outset, it has essentially created a 360º safety net for the flouters of environmental norms.

Furthermore, the Indian nation, which prides itself for its highly inclusive participatory democracy, seems to have taken a turn for the worse here. The Notification’s proposal to reduce the timeframe of conducting public hearings from 30 days to 20 days on grounds of streamlining the process is one such problematic decision, when the public hearing has in itself been reduced from 45 to 40 days. It is fair to say that amidst a pandemic, local groups and communities have not been given enough time to fully comprehend and respond to this EIA report. As far as bringing forth legal objections is concerned, the resources available to them are minimal owing to their weak socio-economic position. Moreover, their democratic rights to protest and showcase dissent are presently illegal and unsafe due to the pandemic. The issuance of the report in only English and Hindi at first, prior to the High Court order showcases a blatant disregard towards vernacular languages and indigenous communities who stand to be the worst affected by this Act. In particular, the amendment fails to meet the norms and standards of basic environmental protections, such as the precautionary principle and due diligence. Another environmental infringement by the notification would be the manner in which it has side-lined the people in the process itself who earlier acted as adjudicators and authority over any decision on environment matters. It seems to have deliberately provided a vague interpretation for Public Consultation in Clause 14(c), i.e., it grants unreasonable discretion to the regulatory authority to undertake public consultations through vague means, without even considering the viability of those means. It allows the project proponents to engage private consultants for preparing the EIA reports, therefore providing an opportunity for the situation to be exploited through expertise and technicalities, thereby obscuring the process from something which would have initially been open and comprehensible to all communities. In addition to such anti-transparency measures, Clause 17(4) states that only restricted information may be made available to the public for consultation. Furthermore, under Clauses 14(9) and 14(10), all responses are legally required to be forwarded only to the project proponent and there is no responsibility thereof to provide the information to the local community, who were as mentioned above supposedly the adjudicators of the whole process. India must not forget that it is a party to the Rio Declaration, and Principle 10 of the same deals with promoting public consultation and awareness regarding industrial projects that may harm local environment. Contrary to this, the Act has been built in a way to ignore the need of public participation and the voices of the local community have been ensured to be inconsequential in the matters which have potential to lay havoc in their lives.

Lessons from the Past

In terms of existing projects violating the environment, the Notification can be said to have provided a lifeline. In an alarming move, the EIA draft allows post-facto clearance for industries. This means that even if a project has come up without environment safeguards or without getting environment clearances, it can carry out operation under the new draft EIA, 2020. The repercussions of this include legalising projects that were previously illegal. Where an EIA clearance was never sought or granted, and the construction of the project took place regardless, the project proponent can enter an ‘assessment’ procedure and seek a waiver by paying fines for the violation. Clause 22, therefore, can be said to equate actual irretrievable environmental damage with money – as if their act of paying a compensating amount could in any possible way reverse the environmental and socioeconomic damages caused. In the case of expanding existing projects, the notification denies any need for a public consultation, if the modernisation is less than fifty percent of the project capacity. This expedites the approval process while ignoring the necessary norms with which industries had to conform in the past.

An example of what the government wishes to legalise can be viewed through recent reports of industrial disasters. The leak in the LG Polymers plant in Vishakhapatnam as recently as May 7, 2020, in its wake killed seven people, created panic in several areas of Vishakhapatnam, leading to locals fleeing their homes in the vicinity of the plant due to the poisonous, inflammable gas used in plastic engineering industry. It was revealed that the plant had been running for over two decades without clearances, and it culminated into a situation which could have led to a series of explosions, according to experts. Furthermore, only short-term exposure to styrene (the gas which leaked) in humans results in mucous membrane and eye irritation, with gastrointestinal effects. Another incident due to the flouting of environmental norms was reported on May 27, 2020, in Eastern Assam’s Tinsukia District, where natural gas of Oil India Ltd. suffered a blowout and caught fire. Such was the impact of the disaster that as many as 1,610 families had to be evacuated, and reports of numerous deaths suffered by dolphins and other biodiversity in the area surfaced. The State Pollution Board of Assam later reported that the oil plant had been operating in the district for over 15 years without obtaining prior consent from it. Is the road to development on which the Indian government seeks to traverse riddled with the deaths of citizens, or does the government justify them as ‘collateral damage’ in the name of development or a necessary ‘sacrifice’ for the greater good? With an increase in the validity of environment clearances for mining projects from 30 years to 50 years and of the river valley projects from 10 to 15 years, one begins to wonder whether EIA, 2020 has been designed to safeguard the environment or protect big industry or ‘crony capitalists’ from scrutiny.

The EIA, 2020 notification expedites, while incapacitating, the procedure that ensures the compliance of environmental norms. There are a large number of communities such as Adivasis (or tribals), peasants, and coastal and fisher communities whose lives mainly depend on the state of the environment. Any drastic changes in EIA will have a direct impact on the living and working conditions of these people and the ecology. The government’s Act will be violative of the pacts it has signed at the UN, and it is our moral responsibility as a civilised nation to make choices on our path of development. There are innumerable examples when development at the cost of the environment has only led to destruction. We need to learn from past mistakes, and build a movement, if needed, to resist the draft EIA, 2020.

NOTE: Should you be interested in making any objections or suggestions on the proposal contained in the draft notification may do so in writing for consideration of the Union Government within the period so specified to the Secretary, Ministry of Environment, Forest and Climate Change, Indira Paryavaran Bhawan, Jor Bagh Road, Aliganj, New Delhi 110 003, or send it to the e-mail address at eia2020-moefcc@gov.in.